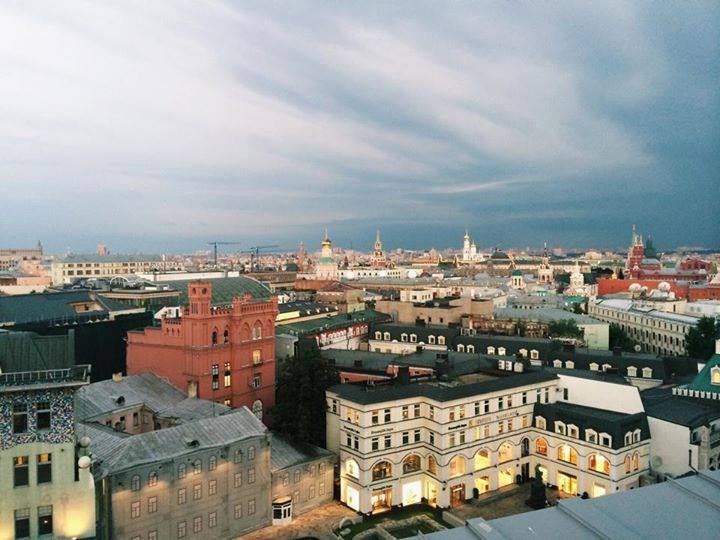 The cost of the walking tour for a group of 25 people: 10 500 rubles. The tour includes guide service in English.

Visiting the Old English Court and the Museum of Archaeology — 6000 rubles for a group of 25 people.

We will make a three-hour walking tour around Red Square and the Alexander Gardens, visit the Theatre Square, walk along the streets Varvarka – the open-air museum of ancient architecture, Nikolskaya — the street of the Enlightenment, visit the Birgevaya Square — in the heart of Moscow City, stroll across the cozy and quiet alleys of Kitay-gorod — the oldest part of Moscow. In the end we will come up to the observation platform on the roof of the Central Children’s store to see the beautiful panorama of Kitay-gorod from bird`s-eye view.

You will learn who built the Moscow Kremlin, how did the Red Square appeared and which events occurred there, what was previously instead of the Alexander Gardens, who and why built the Kitay-gorod wall and why it is called this way, where the first higher education institution in Russia appeared and where was published the first book, where Moscow merchants earned money and how they relaxed.

You will see the walls and towers of the Moscow Kremlin, State Historical Museum, Cathedral of St. Basil, Lenin’s Mausoleum, the part of Kitay-Gorod wall, Chambers of Zaryadye, Old English Court and the Old Merchant Court, the Stock Exchange building, The Moscow Print Yard, Zaikonospassky Monastery, Bolshoy and Maly Theaters, the hotel «Metropol“, the Lubyanka building and the building of the Military Collegium of the Supreme Court of the Soviet Union.